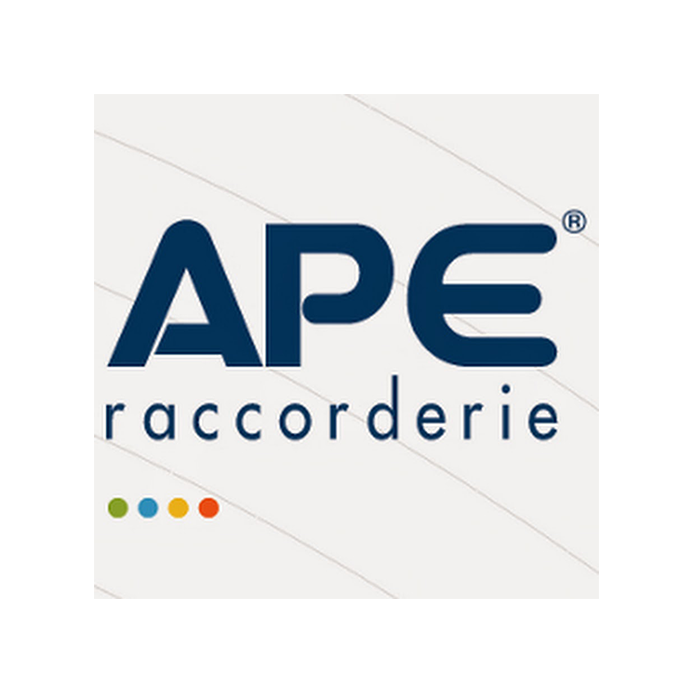 In the 60s Angelo Pe opens its own business on manufacturing wares from brass for plumber fittings. The company was called "Turnery of Pe Angelo" and had a form of an individual enterprise of family matters.

In 1970 comes the first move to new areas, combined with the modernization and expansion of production structures. On the basis of cooperation Angelo Pe with the engineer Baskirotto Guido Baschirotto, in 1985 a second company, known as «АРЕ RACCORDERIE di Ре Angelo & С. snc» is being created. The company enters the market as a manufacturer of compounds made of brass, copper and bronze for hydro-thermo sanitary equipment for industrial and household use. The following year, due to the lack of space for production, the two companies are moving into a new structure on Maynone street of the village S.Sebastyano in Lumezzane.

At that time, the company «АРЕ» became widely known in whole Italy also because of the network of commercial agents operating throughout Italy. The network consisted of 21 people. In 1991, the company changes its name to «АРЕ RACCORDERIE SRL», and later, due to perfectly going cases, in 1993 occupies a new storage facilities in the industrial part of Lumezzane, Ruca street; completely leaving previously used areas for industrial activity, which takes the name «RACCORPE di Pe Angelo & C snc».

The two companies in 1998 receive UNI EN ISO 9002: 1994 certification, thanks to the system of quality applied in all areas, which in 2002 is confirmed with certificate UNI EN ISO 9001: 2000, according to the new normative framework. Obtained quality certifications only emphasize the high standards gained through years of experience in the management of production and sale of its products.

Joint development and co-operation with leading companies in the sector of multilayer pipes, from 1995 allows «АРЕ» company to occupy a leading role in the development and implementation of compounds for these pipes of a new generation, getting all relevant product certificates from different structures in short period of time.

Today, this is one of the few companies that can boast with its tests hall, where there is tested the degree of stability of attachment between the compound and the hose, according to the UNI EN 12293 highest standards, thus providing its customers with all their personal experience and knowledge to satisfy a wide variety of demands. In 2001 works on the expansion of already existing areas are held and another company, specialized in the assembling and installation, called «АРЕ ASSEMBLAGGI SRL» is being created.

This company has the equipment for assembling and packaging, which, due to automated line control and use of anthropomorphic robots, guarantees the «АРЕ RACCORDERIE SRL» company one of the highest-quality settings work.

Continuous development of «АРЕ Group» allowed three of the combined companies to move into a single structure, with an area of 14.000 m2, located in Valtrompia, terrain Ponte Zanano - Sarezzo (Brescia).

High quality settings are also connected with our internal and external staff, which throughout all these years guarantees professionalism to the company.