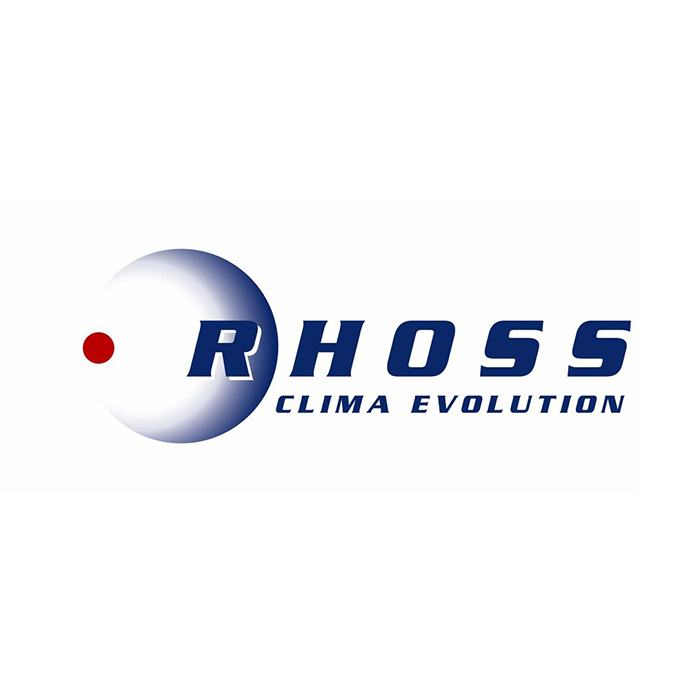 RHOSS S.p.a. Company is one of the leaders of the Italian and European market in the production of equipment for central air conditioning systems. Its products have long established themselves in Europe as the highest quality equipment. The company, leading its history since 1968, currently has a production area of 50 000 m2 in the north of Italy, near Venice, where the entire production is located.

Much of the area is occupied by the assembly lines of refrigerating machines of all existing types. A range of standardly manufactured chillers is from 5 to 1630 kW. All products, in addition to the mandatory European and Russian certificates, are certified by EUROVENT, which confirms full compliance of claimed parameters to actual ones. All assembly lines end with test chambers, where the refrigerating machines, after completion of the production cycle, are fully tested for compliance with their parameters to operating modes.

In manufacture of the equipment are used the best components: even the smallest purchased parts are carefully selected.

In many ways it has become possible after the construction in 2005 of the second largest testing laboratory in Europe by RHOSS Company with area of 1000 m2, which in May 2006, has been certified by EUROVENT, which allows to fully trust all the test results. The laboratory has two test chambers for testing the fan coils and chillers with capacity from 40 to 1500 kW, allows producing simultaneous measurements of parameters such as temperature, pressure, sound power, and many others with the use of more than 100 different sensors. The temperature range, created by test chamber, is from -15 ° C to + 50 ° C. With this laboratory the RHOSS S.p.a. Company spends a large amount of practical research on both preparation for release of new products and used components. In addition, the laboratory allows the RHOSS S.p.a. Company to develop special types of refrigerating machines on the requests from customers.

Having the second largest laboratory in Europe, the company rules an active scientific and research activities in collaboration with leading institutions of Italy. RHOSS S.p.a. is also one of the few companies in the market of central air conditioning systems that can offer consumers the whole range of equipment for central air conditioning from one manufacturer with a single brand. In addition, the RHOSS S.p.a. Company also manufactures fan coils and ventilation systems.